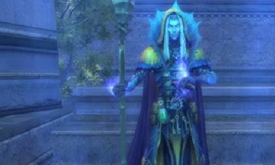 Keeper of the Tigers, the NPC you must speak with to start the event

The Celestial Tiger Event is a Public Quest event. Previously, it used to occur weekly, however as of the Neverfall Content Update, it has since become a randomly-occurring event as it can be activated manually by a GM.

Previously there was a Head Hunter quest available prior to the event, however this quest is no longer available.

To start the event, you must speak with a Keeper of the Tigers. They spawn in the following locations:

First, speak with him to receive the Celestial Tiger Directive, required to participate in some parts of the event. Then speak to him a second time to receive the Celestial Tigers quest, which comes in the form of a Public Quest. Remember, you must speak to the Keeper of the Tigers twice in order to get credit for the event, and ultimately receive rewards at the end. Upon receiving the Public Quest a list of objectives will appear on your screen, for the two phases of the event.

The Celestial Tiger Directive lasts for 20 minutes and can be used to complete support quests during the event. Once it disappears, you will not be able to do more support quests, however you will still be able to participate in the event by killing minions and bosses. 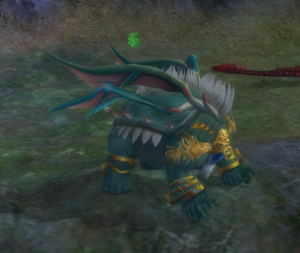 Tiger Minion: Charlie, one of the minions

In this phase, players can kill mobs, dig Tiger Soul Herbs, and complete the Elder and shard support quests.

During this first phase, the Tiger Minions have begun to invade five of the capital cities of Perfect World. Players must work together to defeat a total of 7,999 Tiger Minions. Note that killing monsters in this phase is free-for-all, meaning that it is quite common for players to steal other player's kills or spawn areas. If this practice is not for you, there are more peaceful ways to participate in the event.

There are four different types of Tiger Minions. All minions are level 95 with 9 HP, making them a fairly easy kill, though each one has a different set of physical/elemental immunities, meaning only certain attacks will be able to damage them. They also give 75 Contribution Points each when killed. Each minion also has a 5% chance to drop a Celestial Tiger Spice, which can be picked up by any player. Using the item awards 2,000 Contribution Points. They do not expire and cannot be traded, however can be account stashed.

Each minion (with the exception of Tiger Minion: Alpha) spawns around five of the capital cities - Etherblade City, City of the Lost, City of the Plume, City of Raging Tides, and Tellus City

During this phase, the player can dig Tiger Soul Herbs, located mostly inside five capital cities the event takes place in (Etherblade City, City of the Lost, City of the Plume, City of Raging Tides, and Tellus City), though it is not unusual to find them on the outskirts of each city as well. These herbs award the player with 160 Contribution Points. There is a 3% chance of the player digging up a rarer herb instead, the Celestial Tiger Herb, which will award the player with 2,000 Contribution Points. 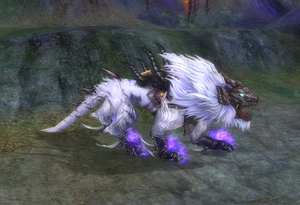 Heavenly Tiger, one of the final bosses

After 7,999 Tiger Minions have been killed, the Celestial Tigers themselves will appear. There are a total of 10 Celestial Tigers to kill - 5 Heavenly Tigers and 5 Demonic Tigers. Each boss will give a total of 70,000 Contribution Points, which is shared with all players that dealt damage.

After the bosses are all dead, head to the nearest mailbox and click Quest Related to complete the Celestial Tigers quest to receive your prize. You must have at least 4,000 Contribution Points to receive a reward, and you must speak with the mailbox within 5 minutes of all bosses dying.

Characters who lack offensive power, but own a mount, can still be competitive during the Celestial Tiger Event by choosing to participate in support quests instead.

These quests are available throughout the entire event, are repeatable, and are a very good alternative to killing mobs and/or bosses. By doing these quests, you are guaranteed to get more than the minimum 4,000 Contribution required to get a reward, plus they are simple to complete.

To do an elder quest, go to an Elder of one of the starting cities (Etherblade, City of the Lost, City of the Plume, City of Raging Tides, or Tellus City) and pick up their quest, usually called <city>'s Situation, with the exception of Tellus whose quest is called Clear Thoughts (the first quest that appears). To complete the quest, talk to the other Elders in the other starting cities. Since each Elder gives you a quest like this, you can do up to 5 quests at once. It is highly recommended to set a route where you visit each Elder in order and pick up and hand in quests and then move onto the next city, such as Lost City, Plume, Tellus, Raging Tides, Etherblade (and repeat), but it can be any order you like as long as it's consistent.

When you have completed an Elder Quest, you will be rewarded with 600 Contribution points, as well as either a Tigertail Incense (91% chance to get), or a Celestial Tiger Spice (9% chance to get). Tigertail Incenses give 10 Contribution Points, while the Celestial Tiger Spice gives you 2,000 Contribution Points. Unlike the items you can get from the Tiger Minions, these items are both timed, therefore they need to be consumed as soon as possible. You must be near a Censer to use them, as it won't let you use them if you're too far away. Censers are located within each starting city, usually near the Keeper of the Tigers.

These quests are only available during the first phase of the event (Tiger Minions), and are repeatable. They are not as rewarding as the Elder support quests and cost money, so it is not recommended to do them.

You can receive a shard quest at each Elder in each of the five starting cities (Etherblade, City of the Lost, City of the Plume, City of Raging Tides and Tellus City). There are five different types of quests you can get and they all require a different type of Common Shard in order to complete them.

Note: Tellus's quest is named Clear Thoughts, however it is the second quest in the list.

You will be given the option of choosing how many Common Shards to turn in for each quest. The more shards you hand in, the higher Contribution Points you will get, but the longer you'll have to wait to finish the quest. Regardless of how many you turn in, you will also get a Tigertail Incense at the end, which gives 10 Contribution Points. Once you have waited for the entire duration, you may hand in the quest at the Keeper of the Tigers.

The reward that you receive depends on how many Contribution Points you earned during the event. As with every other Public Event, prizes are given based on rankings. Each class is ranked, meaning that there are a total of 12 people who will receive the 1st prize. There are a total of 6 tiers that determine the player's reward:

The possible prizes from each pack are as follows:

Demon/Sage Event Cards can be redeemed at the PW Boutique Agent, usually found beside Bankers in most towns and cities, for 50 event gold. This event gold can be used in the Event Boutique.

Note that the Orb of Cultivation item cannot be used on players that have reawakened. They can be account stashed and used on non-reawakened players instead, or sold to a NPC. 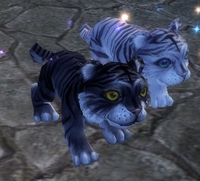 Celestial Shards and Celestial Insignias are special items that can only be obtained through the Celestial Tiger Event. they can be exchanged at any mailbox via the Celestial Exchange option for a variety of items.

These shards cannot be traded and are a common reward for lower-ranking players in the event. All items crafted with this are also unable to be traded.

Celestial Shards can also be used in recipes found at the Conversion Executor in the City of a Thousand Streams, located at (129, 856). Selecting the option Celestial Exchange (Special) will give you access to recipes to make gear that is useful for lower levels, however costly due to the silver coin fee required.

Unlike Celestial Shards, Celestial Insignias can be traded and sold to other players, and items crafted with them can also be traded.