From PWpedia
(Redirected from Creatures)
Jump to: navigation, search 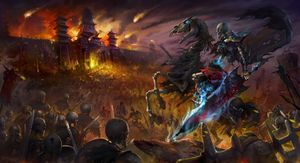 The Creatures of Perfect World are the creatures players have to fight against to ensure peace in Perfect World. They are commonly called monsters or mobs by the player base. These creatures will challenge the players in quests, dungeons and various game events. During the low levels and early game content the majority of the monsters will only attack players after being attacked, but during later levels and later game content monsters become aggressive and will attack players as soon as they are spotted.