The Gate of Delirium

From PWpedia
(Redirected from Gate of Delirium)
Jump to: navigation, search
This article may need cleanup to meet quality standards.
Please help improve this if you can. The Discussion page may contain suggestions.

Location: Extreme west of the map at the western end of the Valley of Death canyon. Southwest of City of the Lost.

At this point in time, there are no guards and the doors are all open.

It was common practice to kill the smaller mob and open the far door regardless of which path you needed. This is because even if the first door was shut, you could still walk around the door, by hugging the wall on its left side.

There also used to be a door behind Calcid, requiring you to kill him before proceeding.

There are three bosses in the Gate of Delerium. 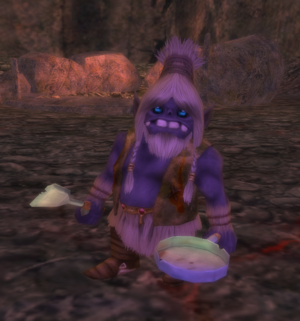 Farren is located in the center northern room of the dungeon, as indicated on the map.

Farren has a very strong physical AoE that can wipe parties that aren't ready for it.

First, there are some mobs around Farren that should be lured and killed off one by one. It's possible to just lure the boss, but it is not recommended as his 24 meter AoE can quickly take out half (or more!) of the party if he is not caught early enough.

The cleric should stack the tank with Ironheart Blessing (IH) before they run in and stay at max IH range for the duration of the fight. If you are getting hit by the AoE, try to keep Plume Shell up to help you take the hits.

Barbs, Seekers, and BMs should tank this boss. If you are the tank, go all out, and do as much as you can to keep aggro. It is possible to range tank him, however at level his physical AOE is too strong for most ranged classes.

Assassins are generally too squishy to tank this boss. Use Chill of the Deep and skills to keep your DPS down and to not draw aggro. Use a bow at max range and back up now and then to heal up if needed.

Archers, Wizards, and Psychics should stay at max range. Don't overdo your DDing as you don't want to pull aggro and make the boss run towards you.

Venomancers and Mystics should send in their pets and DD from where it is safe for them. 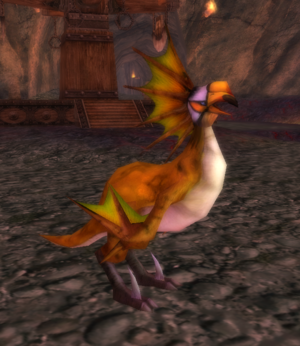 Calcid is located in the middle of the dungeon, as indicated on the map.

Calcid is a much easier fight than Farren. He uses a physical melee attack and an occasional weak fire DOT. It is possible to range tank him with a high magic defense.

Unlike the other Dodos leading up to him, Calcid doesn't explode upon death. 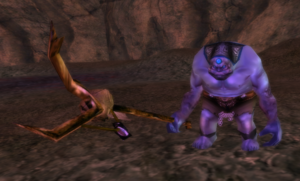 Trioc is located in the far western room of the dungeon, as indicated on the map.

Trioc is surrounded by lots of Ladywraith mobs that leech HP, making this part very dangerous if you don't lure and kill them beforehand.

This boss only uses a magic (metal based) attack, and tends to run away from melee tanks until cornered.

The following quests can be completed in the Gate of Delirium: