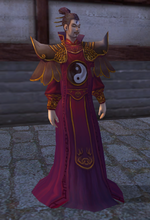 The Keeper of Names.

The Identity Stone is an item that allows players to change their character's name. Players can change names by taking this item to the Keeper of Names in northeast Archosaur (571 686). The Identity Stone can be bought from the Boutique or obtained with Charge Rewards points. 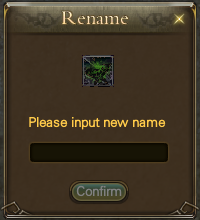 PWI does now have any proper means of checking a name's availability, but there are a couple of tricks that can help.

This method is not entirely reliable, but it is faster than creating a new character. The player can attempt to send in game mail to other players using the Mailbox. If no character of the specified name exists, there will be a system message saying the player does not exist. This method does not account for names that became unavailable due to name changing.