Legend of the Lunar Glade 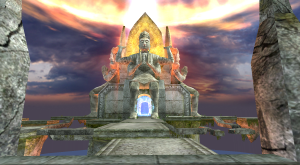 The theological war between the gods caused a great cataclysm in the old world. In order to make amends and to find a new home for the people who suffered, the gods set aside their differences and created the new world between the human world and the heavens; the Perfect World.

With the cataclysm came a sharp decline in faith, and the gods were unable to retain their power. In order to regain their worshippers, the gods gathered in a secluded location - a gathering they dubbed 'The Accord of Enlightenment'. Before they began the accord, each deity chose a mortal to serve as their avatar. These chosen ones known as the 'Divine Children' were given the task to spread the word on behalf of their patron. While the legends of the Divine Ones were widespread, no one has actually seen them in person.

The Perfect World has undergone profound changes in the last 10,000 years. The Humans, Winged Elves and the Untamed have united to fight against a common enemy, the Wraiths, who have cast a dark shadow over the Perfect World. The passage of the Accord of Enlightenment went unnoticed during the turmoil, and the Divine Children vanished from memory.

The ancient histories credited the Divine Children with eternal life. They spent the long years in the Four Secret Lands, preparing for the return of the gods. Thus, when the Wraiths invaded, the mortal races have long forgotten the existence of the Divine Children, and faced the Wraiths bereft of their help.

The Shattering of Peace[edit | edit source] 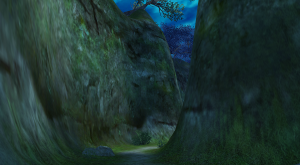 One day, a mysterious man claiming to be one of the Divine Children appeared. He let it be known that the Accord of Enlightenment was nearing its completion, but a mysterious power has invaded the Secret Lands. An ancient curse was levied during the creation of the Perfect World. With the decline of faith in the gods, so were the powers of the Divine Children reduced. The return of the gods has been placed in great peril.

The Divine Children are at a loss to find the source of this mysterious power. However, it is quite apparent that whoever is behind this power wants to prevent the return of the gods. Should the Divine Children fail to return the gods to the Perfect World, the mortal races will face the impending threat alone, bereft of help.

And thus, the Divine Children place their hopes on the heroes of the Perfect World. With the unity of Divine guidance and Mortal ingenuity, the ancient curse may be broken. The mysterious man has opened the pathway to one of the four Secret Lands, the fabled Lunar Glade. Heroes have begun their journey to this land of legend, to discover the dangers that lurk within.