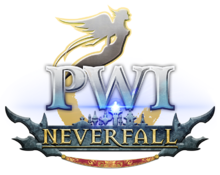 Neverfall is the eleventh expansion for Perfect World International. It was announced on the 16th of March, 2017, and released on April 13th, 2017. Its original release date was April 12th, 2017, however due to technical issues it was forced to be delayed by a day. The main features of the expansion included a new continent, the Western Steppes, a larger World Map with 3 other continents to be released in the future, a Glyph System, a new endgame instance named Dawnlight Halls, and two new cultivations named Chaotic Soul and Celestial Saint.

The expansion was not accompanied with a story prior to its release despite the new Western Steppes area opening up a new storyline. It also did not receive a teaser trailer.

A content update was later released on August 30th, 2017. Unlike previous content updates, this update did not receive a unique title and was simply called the Neverfall Content Update.

The expansion was first announced on the game's website on March 16th, 2017.[1] It revealed the new world map, showing 5 different regions including the Midlands, the Perfect World players had been most familiar with. Only one other region would be unlocked for now, named the Western Steppes. It also made mention of a new cultivation that would combine the current sage and demon cultivations together and would be essential for new skill upgrades and Glyphs, a new skill system. It also briefly mentioned a new dungeon, however no other information about this was mentioned. The release date was not announced in the news post.

Several more news posts were made between the announcement and release of the expansion.

On April 13th, 2017, the expansion was announced as released.[8] Several new items would be released, including fashion and version-exclusive mounts and all-class pets. Some new features were also mentioned in the news post including revamped Marriage Quests, a new title UI, and changes to Teleacoustic usage. Other changes were made to the Bidding Hall, Boutique, and Event Boutique.

The Neverfall Content Update was officially announced on August 25th, 2017, and released on August 30th, 2017. The content update focused on making changes to several higher level dungeons, ranging from making them easier to complete, lowering requirements, to making it easier to earn EXP. Many weekly events were also removed to make space for the return of Cross-server Nation Wars along with some new monthly events. A new world boss, Changeling Commander Haspon, was also added, along with 3 new features: a Character Simulator, Faction Battles, and Transmutation.

Prior to its announcement, several teasers were made on the Perfect World forums by PWE employee kalystconquerer, who showed off several screenshots via maintenance threads. Other spoilers were mentioned in various other posts that would clarify certain features that were coming to the game.

The first teaser possibly came as early as June 27th, 2017, through a screenshot of two new fashion sets on a maintenance thread.[9] The next earliest teaser was posted in a thread on July 6th, 2017 as compensation for changes made to a charge reward event, a screenshot of a crafting window showing new upgrades for Arigora Colosseum gear and a tooltip of one of the rings.[10]

The Neverfall Content Update was first officially announced on August 25th, 2017.[12] most of the forum teasers were compiled into the post. This included new crafting options for Arigora Colosseum gear, adjustments to obtaining Mysterious Pages and Advanced Mystical Pages, a batch crafting feature, new Lucky Coin exchanges, including one for Morai skills, and the introduction of the Transmutation system, though the introduction was much briefer compared to its teaser counterpart posted to the Perfect World forums. The Content Update was announced to be released on August 30th, 2017, just 5 days after its official announcement.

No news post was made to announce the release of the content update, however on the day of the release, August 30th, 2017, a post was made about Boutique sales that included many of the new items that had been mentioned or teased through the forums.[13]