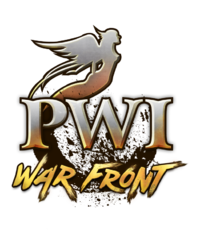 War Front is the ninth expansion for Perfect World International. It was officially announced on November 3rd, 2015, and released on November 10th, 2015. The expansion saw the release of the solo instance Heavenfall Temple, Cross Server Nation Wars, and an eventual release of a PvP event named Battle for Treasure Island.

Battle for Treasure Island was not released immediately with the War Front expansion. It was instead renamed to Dragons' Conquest and eventually released on February 2nd, 2016, almost 3 months after the release of War Front.[1]

The expansion was not accompanied with a story.

War Front was officially announced through its first sneak peek on the game's official website on November 3rd, 2015.[2] In the sneak peek, Heavenfall Temple was revealed, along with some screenshots of three upcoming mounts and a corgi all-class pet. The official release date was not announced in this post.

A day later on November 4th, a press release was posted, revealing the release date for the expansion - November 11th, 2015.[3] This press release briefly touched on the upcoming features to the game, including Heavenfall Temple, Battle for Treasure Island (later renamed Dragons' Conquest), and Cross Server Nation Wars.

On November 11th, the morning after the expansion was released, two blog posts were made on the game's official website. The first post announced the release of the expansion, as well as some special events in celebration of its release and some upcoming Christmas events.[6] The second post featured Cross Server Nation Wars, and showed off its new Commander system.[7]