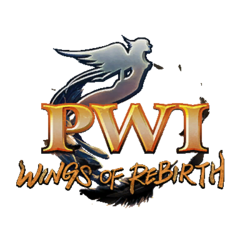 Wings of Rebirth is the fourteenth expansion for Perfect World International. It was officially released on May 22nd, 2019 with no prior announcement beforehand. The main feature for the expansion included two new classes: technicians for Humans and edgerunners for Winged Elves. Other features include Twilight Temple Revisited Part 2, a Couple System, a Master and Apprentice System, the Perfect World Anecdote, and a revamp to the Unique Rewards system now called Growth Goal.

A Content Update was later released on October 23rd, 2019.

The first and only news post made for the expansion was on the day of its release, May 22nd, 2019.[1]. This news post went over all of the features being added to the game, including the new technician and edgerunner classes, game engine updates, an update to Twilight Temple Revisited, the Couple System, and more. It also announced the reset of the Territory Wars and Dragons' Conquest maps.

A Content Update for Wings of Rebirth, which was unnamed, was officially announced and released on October 23rd, 2019. Some features added to the game with the update included a new area named Ulfgard, a completely overhauled currency system, a new Couple instance, and advanced character customization available for technicians and edgerunners.

The first news post made for the content update was on the day of its release, October 23rd, 2019.[2]. The news post covered many of the updates coming to the game including the new currency system, the new area located in the Northern Wastes, an update to Twilight Temple Revisited Part 2, a Couple Instance, updates to the Safety Lock, a Palette of Fortune system, and more.

Another news post was released on the same day highlighting the content update sales, including the Coupon of Magnificence for the Palette of Fortune system, bundle pouches, and new Fashion Weapons.[3]