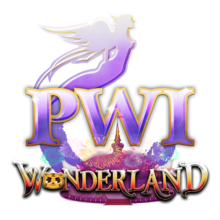 Wonderland is the twelfth expansion for Perfect World International. It was officially announced on December 4th, 2017, and released on January 31st, 2018. The main features include a new way to obtain S grade War Avatar Cards as well as enhancing them through a War Avatar Crafting system, two new sanctified and glyph skills for each class, a cross-server version of Faction Battles simply named Cross Server Faction Battles, a new area named Adventure Kingdom, and a revamped Faction system and Faction Base.

The expansion was not accompanied with a story or a video trailer.

The first official mention of the expansion came in a news post on December 4th, 2017.[1] At this time the expansion was not given a name nor was a release date mentioned. The post focused on the War Avatar system, announcing a new crafting system which would include crafting, decomposing, resetting, and empowering War Avatar Cards. The previously unusable War Avatar Artifacts, made from decomposing S grade War Avatar Cards, would play a key part in the upcoming system. It also made mentions of other materials that would be used for crafting, obtainable from Faction quests and a Faction Instance reward.

Several more news posts were made prior to the expansion's release:

On the day of the release, January 31st, 2018, three news posts were made prior to the expansion being officially launched onto the game's servers. The first post went through all of the patch notes that would explain most features coming to the game, though information on Adventure Kingdom was absent.[10] The second post advertised an increased EXP, Spirit, and drops event along with a login event, and announced that Adventure Kingdom would not actually open until February 14th, 2018.[11] The third news post featured the sales coming to the Boutique, including new items for the expansion's release.[12]

The Wonderland Spring Content Update is a content update for PWI Wonderland. It was officially announced on May 5th, 2018 and released on May 16th, 2018. Some features added to the game with the update included a new dungeon named the Icebound Underworld, a new weekly event to kill Sarokkan the Dragon-Touched, a World Boss in the Primal World, new shards for equipment, and several new seasonal events.

The content update was first officially announced through a news post on May 5th, 2018.[13] The news post featured a new dungeon, Icebound Underworld, available for players that have reawakened twice with a boundary level of Shifting Sky I. This dungeon would be limited to 999 seconds (or 16 minutes and 39 seconds) with players being tasked to kill up to 19 bosses, with prizes increasing with each boss killed. The rewards from the dungeon can be exchanged for various items and materials to craft Dragon Orbs or already-existing equipment. An event with three phases was also announced on May 9th, 2018, to help players prepare for the dungeon.[14] The first phase involves participating in the This War o' Mine daily quest, while the other two phases involve the new dungeon.

An official name and release date was announced on the second feature spotlight posted on May 12th, 2018.[15] The name was revealed to be the Wonderland Spring Content Update, with the release date being announced for the following week on May 16, 2018. The post also featured a new form of event to kill Sarokkan the Dragon-Touched, a World Boss that resides in the Primal World. He will appear on Saturdays at 10pm server time, the same time he spawns for his current appearance. Killing him will result in chests spawning which contain Ten Million Big Notes, both at his spawn location and other various locations throughout the Primal World. It is unknown if the current Sarokkan the Wraith-Touched appearance in the game will be removed.