Sacred Spirits, also known as Vitae Mobs or Sacred Realm Phantoms, are a type of monster that appears in both the Primal World and the Western Steppes. Killing these monsters will award the player with Vitae.

There are 5 types of Sacred Spirits, each corresponding with the first 5 boundary tiers. Each type rewards a different amount of Vitae. 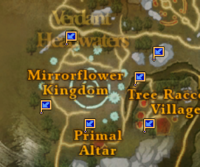 Sacred Spirits: Arcane Sky are located in the Primal World surrounding the Mirrorflower Kingdom. They have 359k HP and will occasionally lower the player's movement speed, which can stack. They award a maximum of 40 Vitae when killed. 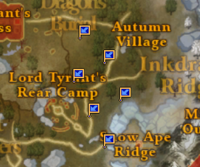 Locations for Sacred Spirit: Mirage Sky in the Primal World. 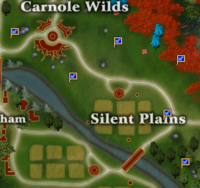 Locations for Sacred Spirit: Mirage Sky in the Western Steppes.

They have 759k HP and occasionally lower the player's physical defense. They award a maximum of 80 Vitae when killed. 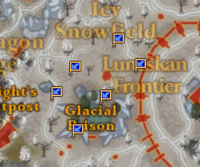 Sacred Spirits: Astral Sky are located in the Primal World around the Glacial Prison. They have 1.14m HP and occasionally lower the player's movement speed and debuffs them with a bleeding DoT skill. They award a maximum of 120 Vitae when killed. 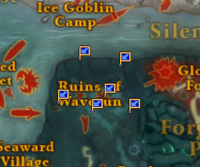 Sacred Spirits: Shifting Sky are located in the Primal World around the Ruins of Waverun. They have 1.52m HP and occasionally lower the player's physical defense. They award a maximum of 160 Vitae when killed. 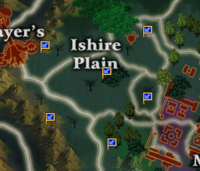 Sacred Spirits: Twilight Sky are located in the Western Steppes around Ishire Plain. Because they are in the Western Steppes, players that are Arcane Sky cannot kill them. They have 1.89m HP, deal AoE damage, and occasionally lower the player's movement speed and debuffs them with a bleeding DoT skill. They award a maximum of 200 Vitae when killed.

Players can only earn a certain amount of Vitae per day by killing Sacred Spirits. The limit is different according to the player's boundary tier. Once this limit has been reached, the player will only receive 1% of the usual Vitae amount per kill from Sacred Spirits. This does not affect other Vitae earning methods, and will not affect other players in the same squad. The Vitae earning limit resets at midnight server time.

If the player unlocks a new boundary tier (e.g. Shifting Sky to Twilight Sky) then their Vitae limit will reset to 0 regardless of how much Vitae they have earned for that day.

The Vitae limit can be checked in the Character Info window by pressing the C key. It is shown under the character's avatar and sky level progress bar. The player can hover over this Vitae limit bar to view the exact amount of Vitae they have gained from killing Sacred Spirits.

Vitae rewards are also treated similarly to Experience awarded from killing monsters. If another player not in the same squad attacks the same Sacred Spirit, Vitae will be split between the players that attacked it. Lowering a Sacred Spirit's health using debuffs at any time during the fight will reduce the amount of Vitae gained from it. Vitae is also shared between players in a squad; the amount shared depends on the highest boundary tier in the squad.(verify) If players in the squad have different boundary tiers, the vitae amount is not split evenly. If all players have the same boundary tier, Vitae is multiplied according to the squad multiplier and split evenly. For more information on multipliers, see Experience Point Sharing.